This Foundation was created following the death of a young father. During a medical check-up after a trivial accident with his dog, the father of three was found to have a malignant liver tumor. A few months later, he died of his cancer.

This fate is far from an exception. Liver cancer is too often diagnosed in the late stage since in the early stages (primary cancer) no symptoms are observed. The vital prognosis is then unfavorable.

Prevention and early detection are the best weapons against liver cancer. This is why the Swiss Foundation against Liver Cancer invests and favors three axes of medical research: the search for the triggers of liver cancer (the risk factors), the identification of biomarkers appearing in the early stages of development of cancer and thus allowing early diagnosis and the development of new targeted therapies.

Today we are still too helpless against liver cancer, but together with your support the fight is possible. 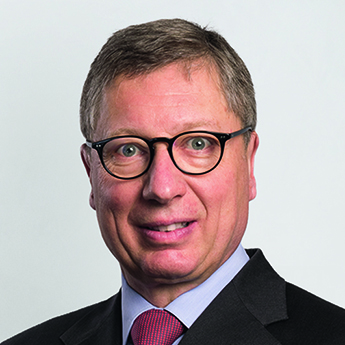 Pietro Sansonetti is a Partner of Cabinet Schellenberg Wittmer SA, one of the largest law firms in Switzerland. After his law studies at the University of Geneva and obtaining his lawyer patent, Pietro Sansonetti worked with audit and tax consulting companies including Arthur Andersen where he obtained his Federal Expert Diploma Tax. He was then Director of Tax Affairs with the Geneva Cantonal Tax Administration before returning to the bar in 1999 at Schellenberg Wittmer. 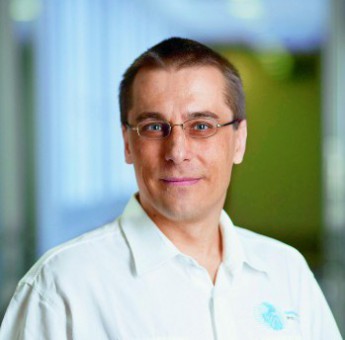 Bernhard Sauter is a specialist in diseases of the digestive tract and the liver. He works at the GastroZentrum of the Hirslanden group in Zürich. He graduated in medicine from the university there and trained for several years at Mount Sinai in New York.

Grégoire Pavillon has worked in the world of non-profit organizations for over fifteen years and made it his specialty by obtaining his certification in association management at the University of Geneva. A graduate of the Ecole Hôtelière de Lausanne, Grégoire Pavillon began his career in the luxury hotel industry and then worked in associations. He was the head of the European association for the study of the liver “EASL” for nine years and is a volunteer with the Swiss Foundation against Liver Cancer. He is back at the Ecole Hôtelière de Lausanne and holds the position of Alumni and Industry Relations Department. 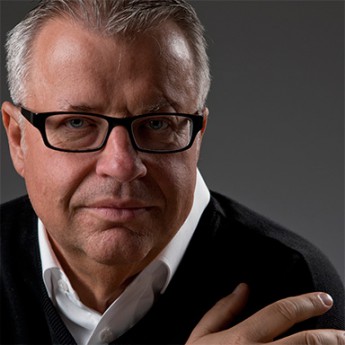 Isidor Elsig has worked for many years in the industrial sector on the Swiss market. He runs several businesses and is fond of painting and vintage vehicles. Mr. Elsig overcame liver cancer with a transplant. 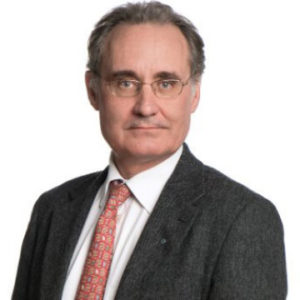 Jean-François Dufour is professor of hepatology at Inselspital in Bern. He graduated from the University of Geneva in medicine and mathematics. He specialized in liver disease during his stay in Boston from 1990 to 1997. Since then he joined the Bern hepatology unit, where he became the director. He is particularly interested in the care of patients with liver cancer. www.swissliver.ch 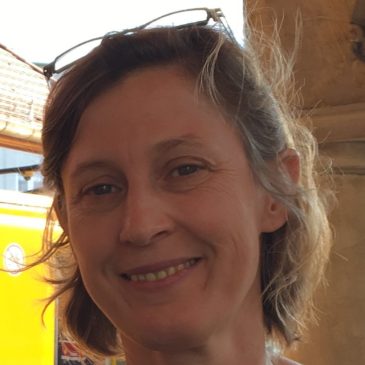 Director of research at INSERM

Birke Bartosch received her PhD in Molecular and Cellular Biology in 1994 from University College London in the laboratory of Tim Hunt, located at the Imperial Cancer Research Fund. She then completed postdoctoral training at the Windeyer Institute, the Wohl Virion Center, London, UK, and the Ecole Normale Supérieure de Lyon, France. She is currently Research Director at INSERM and works in the “Immunity and Viruses” department of the Lyon Cancer Research Center / INSERM Unit 1052 within the “Hepatitis viruses and pathobiology of chronic diseases” laboratory of the liver ”by Prof. Fabien Zoulim, where she heads a team on “Mechanisms and biomarkers of pathogenesis in chronic liver diseases”. Birke Bartosch is a member of several editorial boards. She was an expert for the scientific council of INSERM and the Higher Council for Research and Higher Education. She is a recognized expert in the field of viral hepatitis and liver disease. 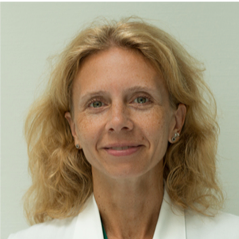 Lorenza Rimassa graduated from the Faculty of Medicine of the University of Milan (Italy) in 1993. His
Graduate studies continued with a medical oncology degree obtained in 1997. She worked at San

Raffaele Institute and at the National Cancer Institute in Milan, as a clinical researcher and researcher. Since 1998
she works at the Humanitas Cancer Center, Humanitas Research Hospital – IRCCS, Milan.
She is deputy director of the medical oncology unit and head of the gastrointestinal oncology section.
Since October 2019, she is Associate Professor of Medical Oncology at Humanitas University.

Jean-François Dufour is professor of hepatology at Inselspital in Bern. He graduated from the University of Geneva in medicine and mathematics. He specialized in liver disease during his stay in Boston from 1990 to 1997. Since then he joined the Bern hepatology unit, where he became the director. He is particularly interested in the care of patients with liver cancer. www.swissliver.ch 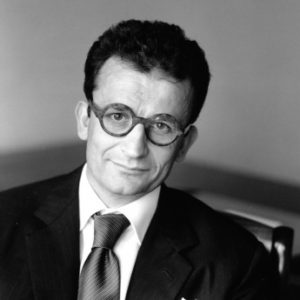 After studying law at the University of Geneva, Philippe Bertherat joined the world of banking. Successfully, since for 20 years he was a partner of the Pictet bank, one of the largest private banks in Switzerland. Since 2015 Philippe Bertherat has been involved in numerous philanthropic projects. 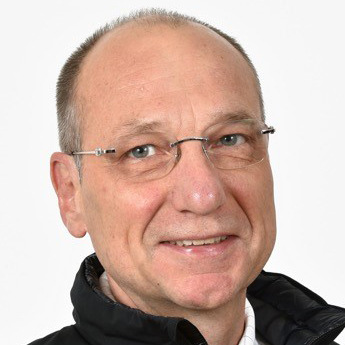 A specialist in curative and supportive treatment, in oncology / hematology, Dr Volker has notably studied at HUG, IEMS, Harvard and at the Memorial Sloan Kettering Cancer Center in New York. He is currently program director in hematology / oncology and responsible for medical affairs at the Clinique de Genolier. He was also responsible for the medical society in the region, elected co-president of the Swiss oncology society and vice-president of the Swiss cancer network. 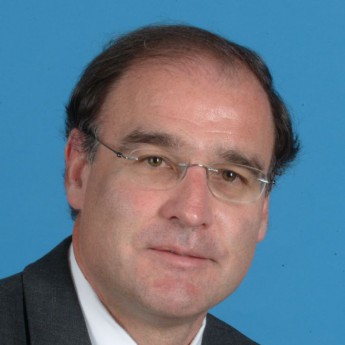 Pierre A. Clavien is a world-renowned surgeon-scientist, currently professor and head of the Department of Surgery in Zurich, Switzerland. After a Swiss commission on surgery, he moved to Toronto, Canada, to complete a doctoral program in organ preservation and a clinical fellowship in BPH surgery and transplantation. He then moved to Duke University in Durham, North Carolina, to lead the transplant and HPB programs. Since 1994, he has directed an active basic science laboratory funded by grants from NIH and Switzerland and other private and non-private funding sources. His areas of research include organ preservation, liver regeneration, and BPH cancer, as well as outcome research with a well-established system for classifying complications by severity. He is currently a member of the editorial board or associate editor of several high-level international journals. He has received numerous awards and scholarships, including one of the most prestigious awards for scientific research, the Otto Naegeli Prize and the European Prize for Gastroenterology (UEGW) for his research on partial liver transplant. He has also written several books, including the very popular “Medical Care for the Liver Transplant recipient” and the Atlas of Surgery for Upper GI and BPH, with a new edition this year. 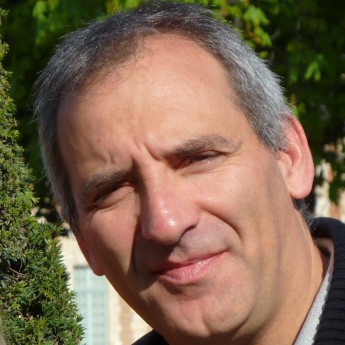 Researcher at the University of Geneva

Michelangelo Foti is Professor at the Dept. of Cell Physiology & Metabolism from the Faculty of Medicine in Geneva. He studied at the University of Geneva where he obtained a doctorate in biochemistry in 1996 and an MBA in 2004. During his postdoctoral fellowship at the University of San Diego, California, and then as a lecturer and Research at the Faculty of Medicine of Geneva, he specializes in the pathophysiological role of lipid metabolism in liver disease and the progression of these metabolic disorders to cancer. In 2010, he became a private docent at the Faculty of Medicine of Geneva, then was appointed Associate Professor in 2012. Since then he has led several research programs studying the molecular bases of the development of steatotic hepatopathies and hepatocellular carcinoma. 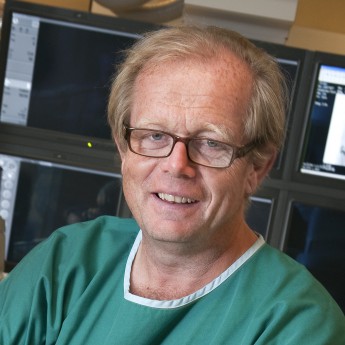 Head of Interventional Hepatobiliary Radiology at the CHUV

Specialist in interventional radiology in digestive pathology, he was appointed full professor at the Faculty of Biology and Medicine (FBM) of UNIL and Chief Physician of the Radiology and Interventional Radiology Department of the CHUV as of January 1, 2010. He is a internationally recognized expert in his field and member of the editorial board of several journals in his specialty. After his medical studies at the University of Paris V Hôpital Cochin-Port Royal, he specialized in radiology and successively obtained a research master’s degree (1991) and a specialist’s diploma (1993) in medical imaging. His doctoral thesis won him the silver medal of the Faculty of Medicine of Paris VII, then that of the Internat des Hôpitaux de Paris. Then he flew to Canada for a year as a clinical research resident in the Radiology Department at St-Luc Hospital in Montreal. Back in France in 1994, he was appointed head of clinic, then senior doctor in the Radiology Department of the Beaujon Hospital of the Hospitals of Paris, where he obtained the Habilitation to Direct Research (HDR) with congratulations from the Jury (University Paris VII). After working for five years at the Beaujon Hospital, he joined the CHUV in Lausanne as an associate doctor in the Department of radiodiagnostics and interventional radiology. In 2001 he became a privat-docent and assistant doctor responsible for digestive imaging and interventional radiology, then in 2002 as associate professor. His research focuses on discovering new local and regional treatments for liver cancer from animal models. His work was recently awarded by the American Society for Interventional Radiology (best scientific paper in 2014) and the European Society in 2015 (CIRSE award for excellence in innovation an research) (Texas).

Enter your email address to stay in touch with the Foundation